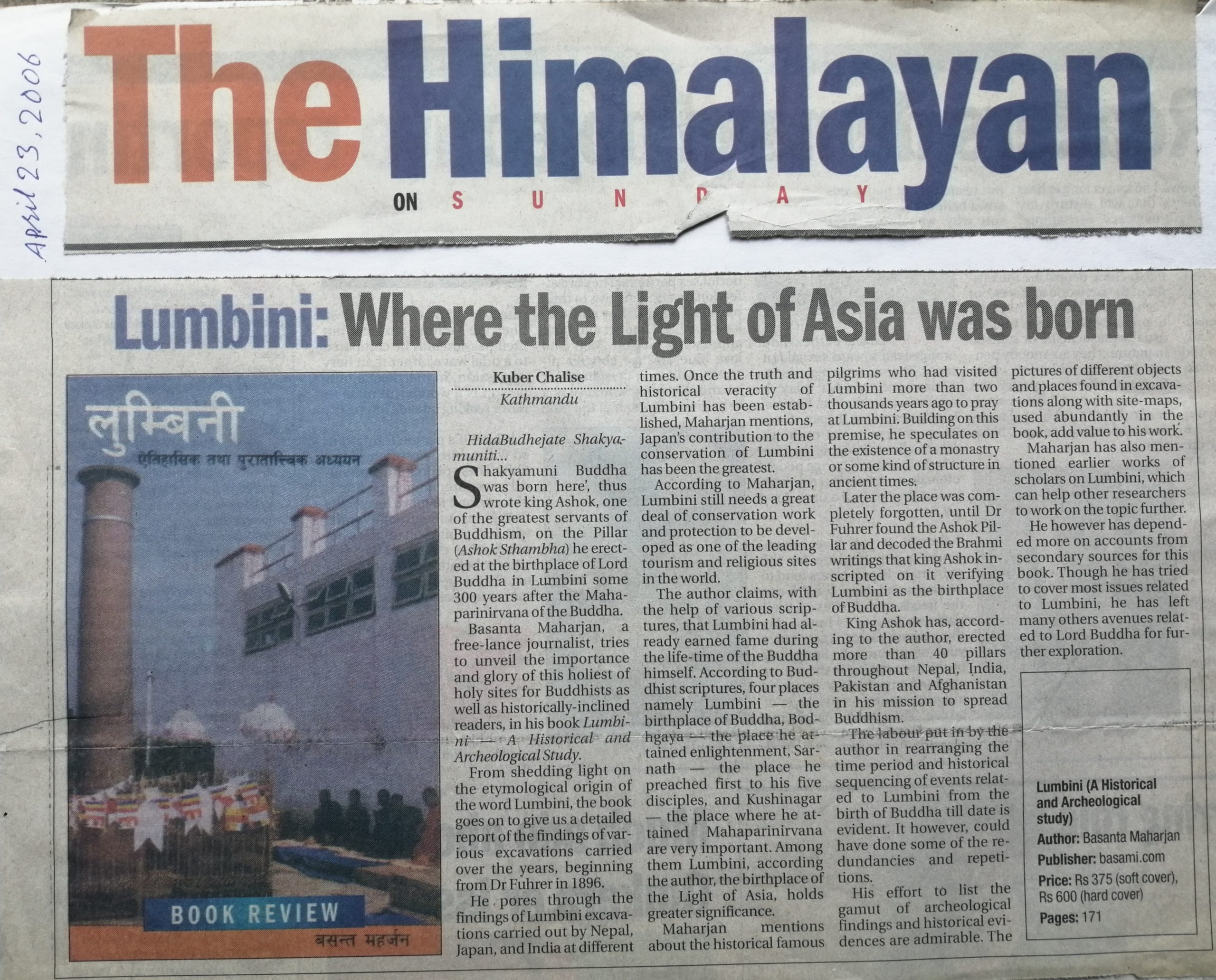 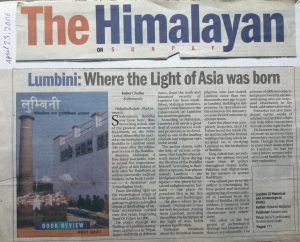 Shakyamuni Buddha was born here’, thus wrote king Ashok, one of the greatest servants of Buddhism, on the Pillar (Ashok Stambha) he erected at the birthplace of Lord Buddha in Lumbini some 300 years after the Maha parinirvana of the Buddha.

Basanta Maharjan, a free-lance journalist, tries to unveil the importance and glory of this holiest of holy sites for Buddhists as well as historically-inclined readers, in his book Lumbini A Historical and Archaeological Study.

From shedding light on the etymological origin of the word Lumbini, the book goes on to give us a detailed report of the findings of various excavations carried over the years, beginning from Dr Fuhrer in 1896.

According to Maharjan, Lumbini still needs a great deal of conservation work and protection to be developed as one of the leading tourism and religious sites in the world.

The author claims, with the help of various scriptures, that Lumbini had al ready earned fame during the life-time of the Buddha himself. According to Buddhist scriptures, four places namely Lumbini – the birthplace of Buddha, Bodhgaya the place he attained enlightenment, Sarnath the place he preached first to his five disciples, and Kushinagar the place where he attained Mahaparinirvana are very important. Among them Lumbini, according the author, the birthplace of the Light of Asia, holds

greater significance. Maharjan mentions about the historical famous pilgrims who had visited Lumbini more than two thousands years ago to pray at Lumbini. Building on this premise, he speculates on the existence of a monastry or some kind of structure in ancient times.

Later the place was completely forgotten, until Dr Fuhrer found the Ashok Pillar and decoded the Brahmi writings that king Ashok in scripted on it verifying Lumbini as the birthplace of Buddha.

King Ashok has, accord ing to the author, erected more than 40 pillars throughout Nepal, India, Pakistan and Afghanistan in his mission to spread Buddhism.

The labour put in by the author in rearranging the time period and historical sequencing of events relat ed to Lumbini from the birth of Buddha till date is evident. It however, could have done some of the redundancies and repetitions.

His effort to list the gamut of archeological findings and historical evidences are admirable. The pictures of different objects and places found in excavations along with site-maps, used abundantly in the book, add value to his work.

Maharjan has also men tioned earlier works of scholars on Lumbini, which can help other researchers to work on the topic further.

He however has depend ed more on accounts from secondary sources for this book. Though he has tried to cover most issues related to Lumbini, he has left many others avenues related to Lord Buddha for further exploration.